Black + White is a theatrical dance performance that fuses Argentine tango and contemporary photography.  A single black and white photograph inspires each scene in the production. Black + White is conceptualized and choreographed by world-renowned tango artist, Fernanda Ghi, and features the music of Astor Piazzolla with photographs by Andres Mario de Varona.
MORE ABOUT THE SHOW

Tango has a rich history of culture and tradition. Often, this has resulted in a codification of how the dance is presented and perceived. Tango shows tend to be self-referential; they typically follow an established storyline, peopled with a known set of archetypal characters. This is a story that doesn’t leave space for interpretation. Its plot, its characters and the dynamics between them are fixed.

Fernanda Ghi approaches this production from an entirely new angle. She chose a single black and white photograph to inspire each scene in the production. In so doing, she creates a doorway to use tango to describe a world outside of itself. Ghi has broken the traditional mold by using tango vocabulary to explore themes such as grief, death, memory, and the tug between life and death. Each image becomes a portal to use tango to tell new stories. Although Ghi is using Mario’s images as the springboard for her choreographies, her intent is not to narrate his story. Rather, she is using her language, tango, to create her own response to what she sees.

Photographer Andres Mario states that his work “focuses on reconnecting with my deceased mother by recording rituals and ceremonies performed to contact her spirit. I create and perform these rituals myself and with family, as well as with specific objects that once belonged to my mother.” Perhaps not coincidentally, Ghi’s drive to create this show began shortly after the death of her own father. This unexpected event was the beginning of a time of intense searching and change in her life.

Mario’s images fall somewhere between a dream, a memory, and the murky realm of the supernatural. The family members (and even Mario himself) who float in and out of the photographs are achingly mercurial. They often appear as blurred apparitions, so that we cannot tell who are the ghosts and who are still of this world. One might wonder if Mario sees himself as some kind of wandering phantom, a soul trying to find its place between the realms of life and death.

The same could be said of Ghi -  her universe and her place in it are equally ethereal and mysterious. Who are the ghostly dancers that drift in and out of her scenes? Are they meant to be real or imagined? Are they apparitions or memories? Are the identical looking women in the production meant to represent different versions of the same person?

Mario places small enigmatic clues throughout the images- shoes, a cross, an old nightgown. While the exact significance of these objects remain vague, we can sense the precious pearl of intimacy they contain. It is as if Mario is trying to breathe life back into these inert objects. Fernanda Ghi then quite literally breathes the inert to life. While Mario takes a moving world and distills it into one still image, Ghi is doing the opposite with dance. She takes the still image and sets it into motion.

In this way, Ghi is building new layers of meaning and creating her own world on top of these images.  However, the ambiguity of her scenes are purposeful. This enigmatic quality allows the audience to enter a new territory where there isn’t a fixed narrative. In this way, the audience is invited and challenged to add a third layer of meaning to the work- their own interpretation.
​
- Mia Dalglish, Creative Producer
Corrado specializes in light design for dance. Among many others, he has done light creation for prestigious companies such as Ballet Brandsen, Maia Plisetzkaya  and the Bolshoi Ballet, Blanca Calvo Company, Antonio Canales, State Dance Company of Bielorussioa, Debra Greenfield Company and Ballet Clasico de Madrid. He has also provided light design for performance artists such as Mercedes Sosa and Jorge Drexler.
Corrado is renowned professor of lighting and design in Argentina. He is also the founder of IMAGINEDOOR, a company that designs new performance and stage spaces. His understanding of music and dance gives him the unique ability to make light an integral part of dance choreography.

MIA DALGLISH  CREATIVE PRODUCER
Mia Dalglish has spent her career in both the performing and visual arts worlds. She is currently an instructor and manager at Artango Dance School, an Argentine Tango school in Boston, MA. Dalglish is Creative Producer for the Fernanda Ghi Dance Company. She is also an Artistic Director at Hybridmotion Dance Theater Company, which she co-founded with her husband, Jun Kuribayashi (Former Pilobolus Artistic Associate).

​Since 2010, Dalglish has served as Photographic Curator for Pictura, a renowned fine art gallery that specializes in contemporary photography. She is a portfolio reviewer for national and international photography conferences and and serves as a judge for international photography competitions. Dalglish's unique combination of movement and photographic expertise, coupled with her eye and aesthetic sensibility, are a driving force for this project.
A SNEAK PEAK AT THE PRODUCTION
Featured Dancers: Fernanda Ghi, Leah Barsky, Cristian Correa, Mia Dalglish 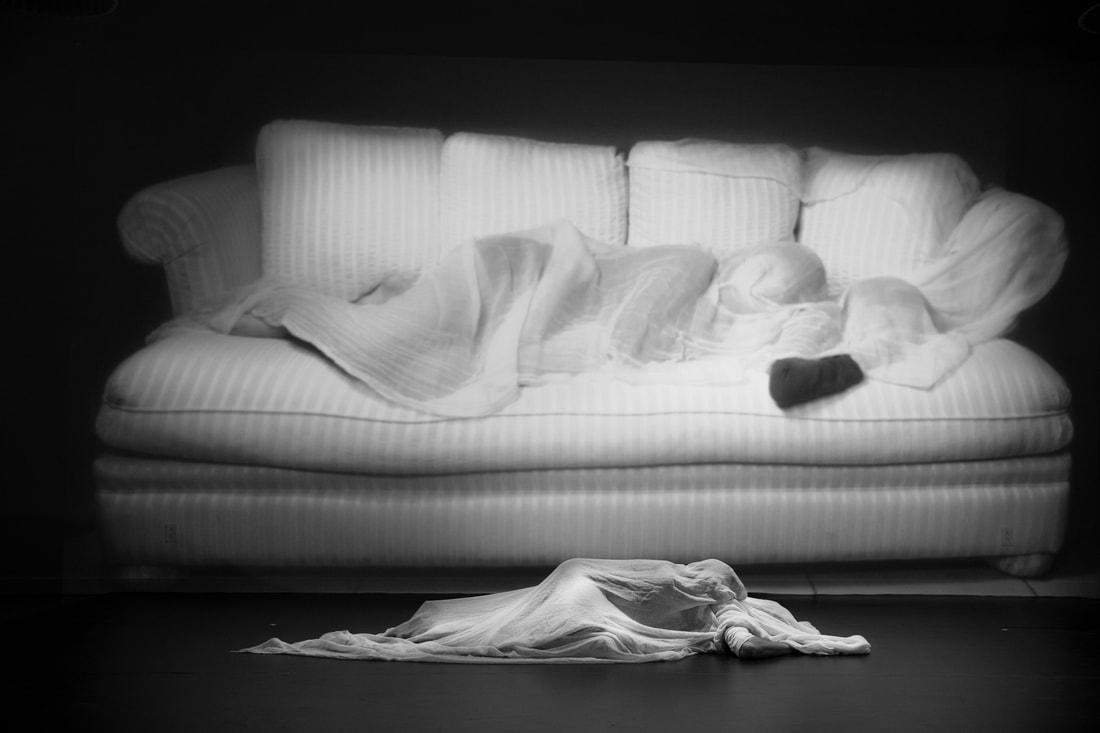 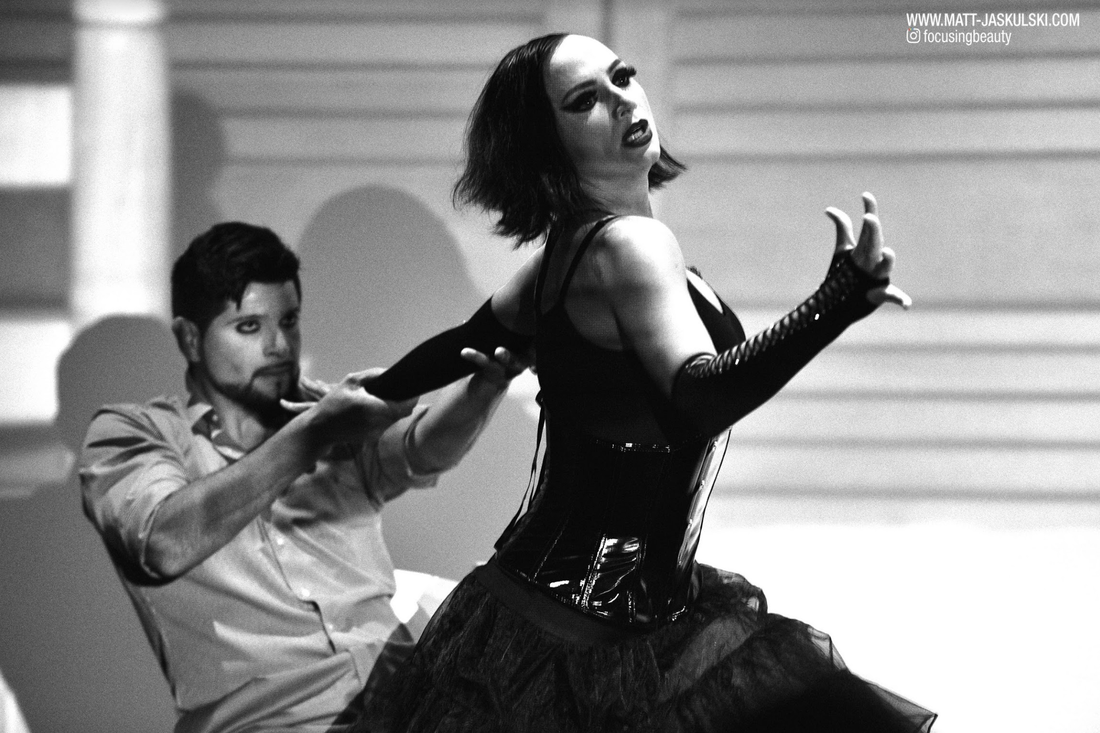 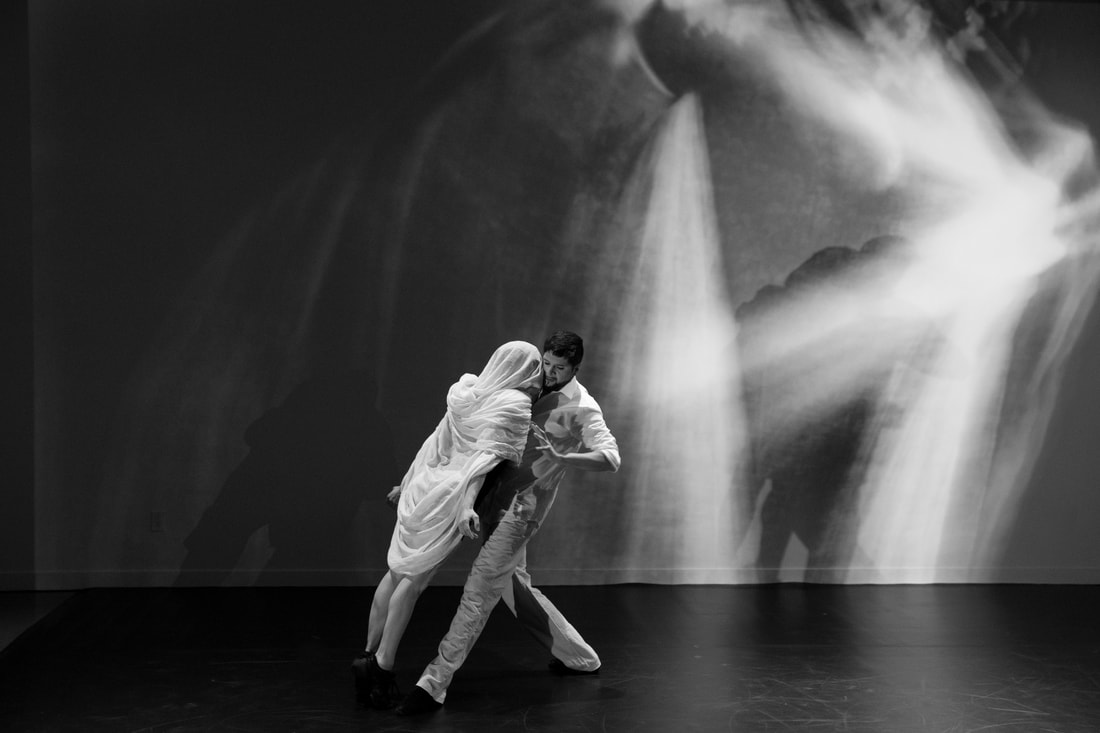